Realme introduced its 125W UltraDART fast charging technology last month that juices up a 4,000 mAh battery from 0% to 33% in just three minutes. Alongside that, the company also introduced 50W and 65W Ultra-thin SuperDart chargers, which will arrive soon in India. This news comes from Realme’s Indian CEO Madhav Sheth who posted an image on Twitter saying these thin chargers are “coming soon”.

We will soon introduce the 65W and 50W #realme Ultra-thin #SuperDart Chargers. More easy to carry and use. #TechTrendsetter pic.twitter.com/e6eL4OvFjx

The 65W Ultra-thin SuperDart charger doesn’t appear to be significantly smaller than the regular 65W brick, but it will likely be lighter.

The 50W Ultra-thin SuperDart charger, on the other hand, could be based on Oppo’s 50W mini SuperVOOC charger that weighs 60 grams and has a thickness of 10.5mm. 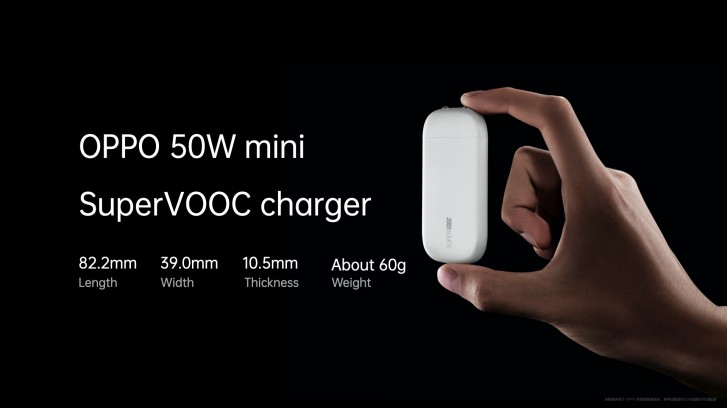 There’s no word on when exactly these Ultra-thin SuperDart chargers will be available for purchase in India, and it’s also unclear if Realme will bundle future smartphones with these lightweight bricks or continue to ship their phones with the current 50W and 65W chargers.