Those arrested included two district councillors, police said in a statement posted on Facebook. They said the people were arrested after they ignored repeated warnings asking them to disperse.

Online calls urged people to join protests, and crowds turned up at Hong Kong’s Causeway Bay shopping district, some people chanting “Disband the police” and “Liberate Hong Kong, Revolution of our time,” a popular pro-democracy slogan that has been banned by the Hong Kong government for alleged secessionist sentiments.

A heavy police presence outnumbered the protesters at the scene. 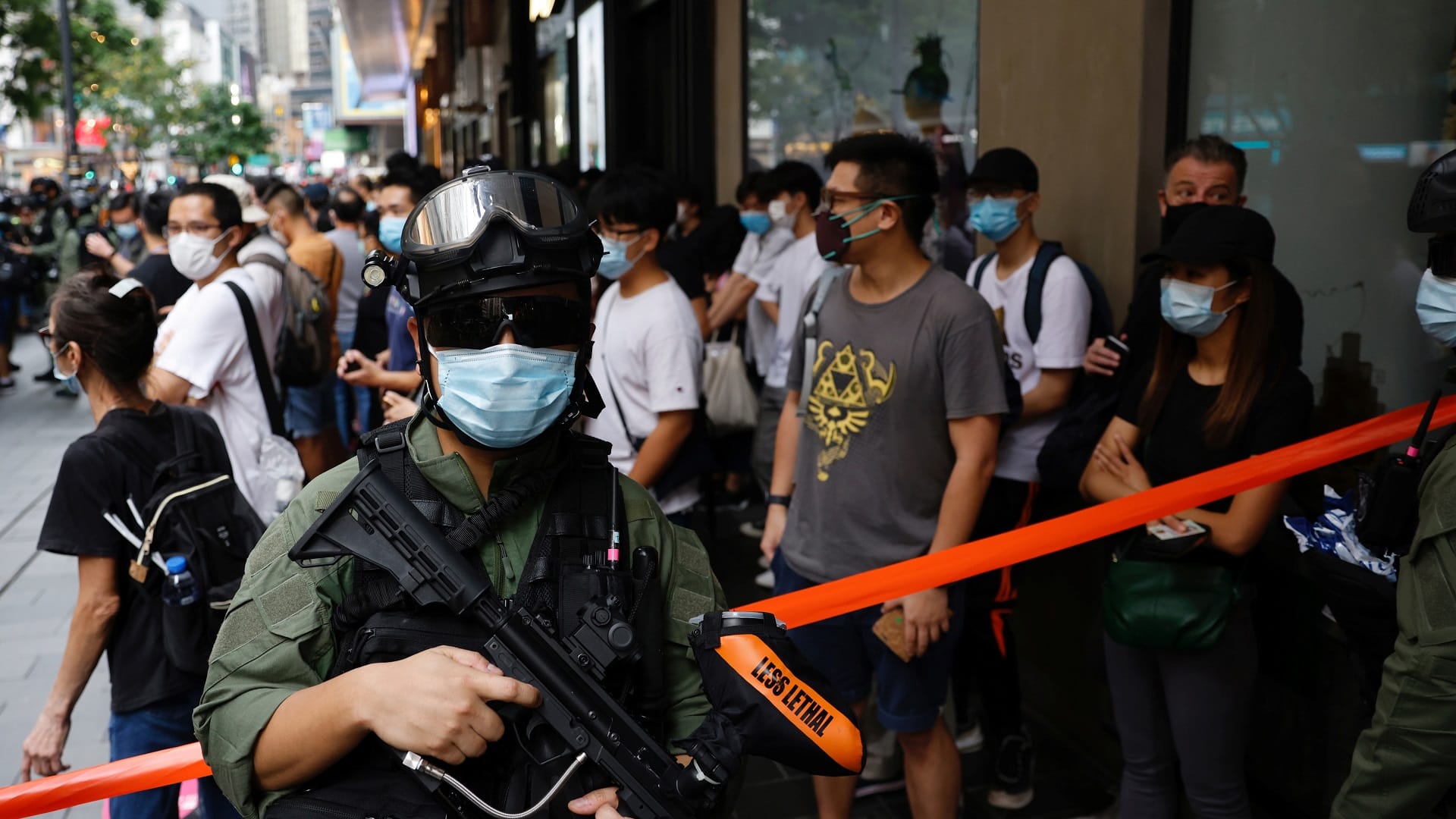 Hong Kong riot police arrested more than 60 people at a banned anti-government march on China’s National Day Thursday. The march was in part to protest against China’s imposition of a national security law on June 30. 0:46

National Day, which celebrates the founding of the People’s Republic of China, has become a day of protest in Hong Kong by those who oppose Beijing’s increasing control over the semi-autonomous region. Large-scale protests are forbidden because of physical distancing restrictions due to the coronavirus.

In the afternoon, police cordoned off some areas in the district and searched people on the streets. On several occasions, they unfurled warning banners that urged protesters to disperse, saying they were participating in an illegal assembly.

Protests against the Hong Kong and mainland Chinese governments swelled last year, and Beijing clamped down on expressions of anti-government sentiment in the city with a new national security law that took effect June 30.

The law outlaws subversive, secessionist and terrorist activity, as well as collusion with foreign powers to interfere in the city’s internal affairs. The U.S. and Britain accuse China of infringing on the city’s freedoms, and the U.S. has imposed sanctions on government officials in Hong Kong and China over the law.

At a National Day reception, Hong Kong leader Carrie Lam said “stability has been restored to society while national security has been safeguarded” under the new law.

Lam also accused some foreign governments of holding “double standards” and levelling unjustified accusations against the authorities who implement the new law.