A Wisconsin court commissioner on Monday set bail for an Illinois 17-year-old accused of killing two people during a protest at $2 million U.S., setting aside pleas from one victim’s father to double that amount.

Kenosha County prosecutors have charged Kyle Rittenhouse of Antioch, Ill., with fatally shooting Joseph Rosenbaum and Anthony Huber during a protest over a police shooting in August. They’ve also charged him with wounding a third man, Gaige Grosskreutz.

Rittenhouse turned himself in to police in Antioch the morning after the shootings. He was extradited to Wisconsin on Friday and made his initial court appearance in Kenosha County on Monday afternoon.

John Huber, whose son, Anthony, was one of the two people killed, made an emotional appeal for the judge to go much higher than the $2 million the state sought.

Rittenhouse’s lawyers have argued he was acting in self-defence. Rittenhouse told police that he had been chased by a man whom he had tried to stop hitting windows.

The teenager had tried to surrender to a Kenosha police officer after the shooting but was told to go home, according to the records.

The Kenosha Police Department has said it was dealing with a chaotic scene when asked why Rittenhouse was not arrested immediately after the shooting. The police department did not immediately respond to a request for comment on the records indicating Rittenhouse was told by an officer to go home.

WATCH | Video from the night of Aug. 25 in Kenosha shows Rittenhouse walking toward police after the shootings: 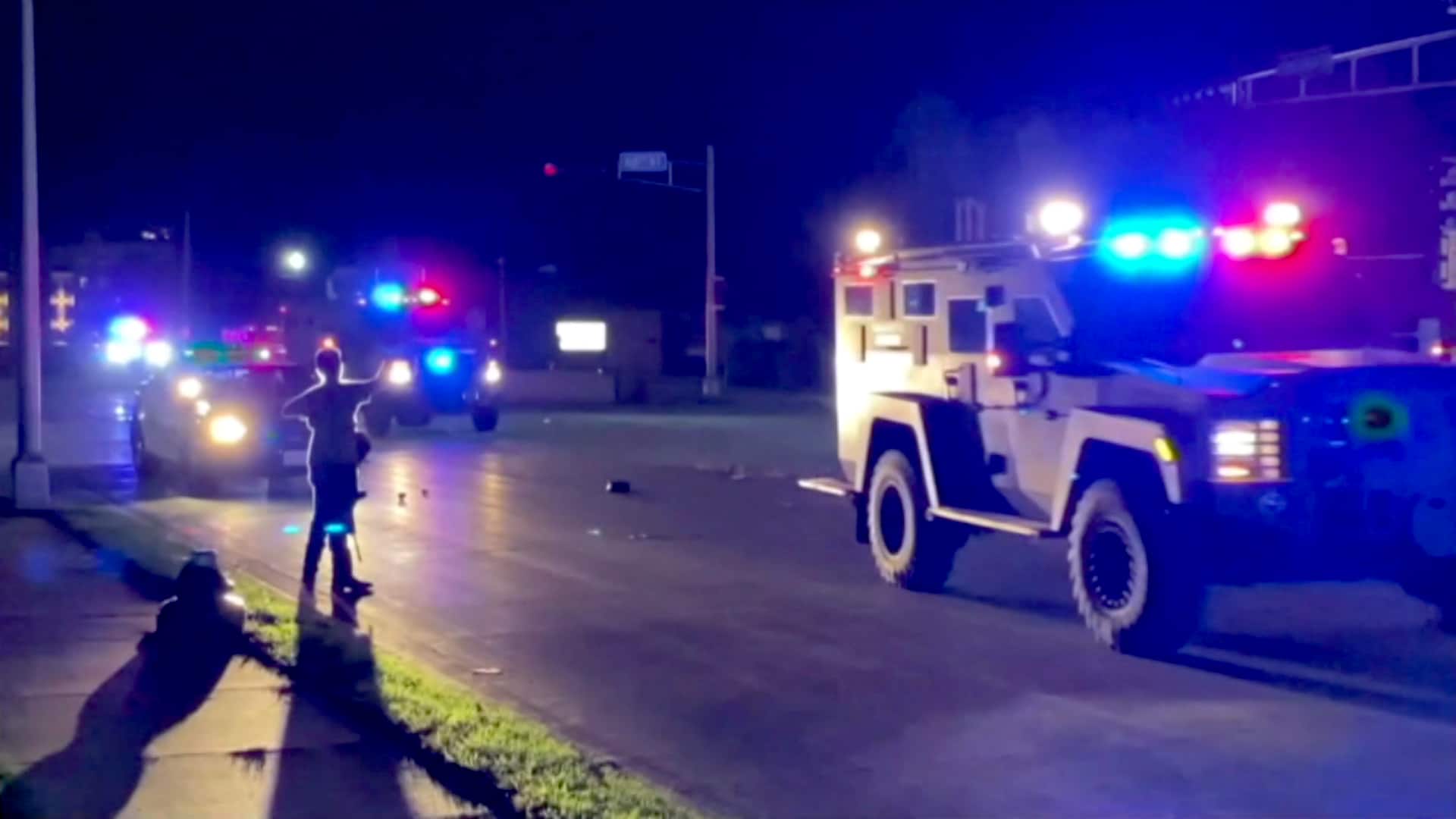 Gunfire erupted overnight at a protest in support of Jacob Blake, who was shot several times during an encounter with police in Kenosha, Wis., and remains in hospital. 1:00