ASUS and Noctua today announced a new product borne out of a special partnership. The ASUS GeForce RTX 3070 Noctua Edition graphics is the first of its kind to feature fans from the Austrian PC cooling mogul.

The Noctua Edition features two flagship Noctua NF-A12x25 fans along with a new custom designed cooler co-engineered by both brands. The fans, shroud, and backplate feature Noctua’s signature ugly unique brown and beige color scheme. The cooler with the new heatsink makes the card four slots wide. There is no RGB lighting on this card, which must have been very difficult for ASUS. 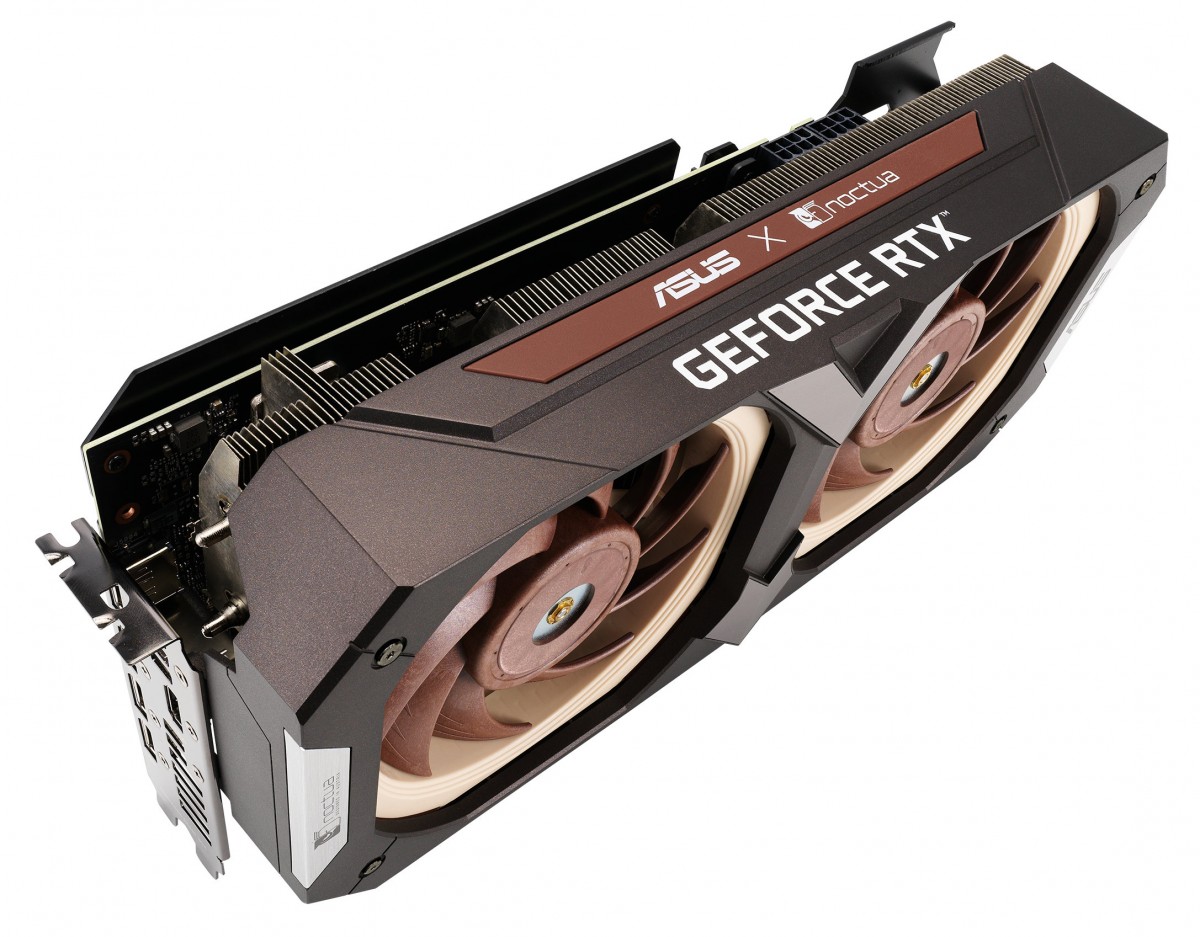 Noctua claims this card is 15dBA quieter at “medium” fan speeds and 9dbA quieter at maximum fan speeds, but doesn’t exactly specify what the speeds are or what the comparisons are made against. The card also features ASUS’ 0dB mode that turns the fans off when the GPU temperature goes below 50°C. Aside from that, this is pretty much your typical RTX 3070, with 256-bit, 14Gbps 8GB GDDR6 memory, second generation ray tracing cores, and third generation Tensor cores. The ASUS car features a standard 2×8 pin power connector.

There’s no pricing information announced at the time of writing, not that it particularly matters in the current market. The cards will be available mid-October.