Tecno is one of the makers making great progress in the budget and midrange segment in the past year. Its Camon 17 series offered large screens, ample battery life and respectable cameras and we now have an extensive first look at the next generation Camon 18.

From a design standpoint, Camon 18 features a flat back with squared-off edges complemented by a flat display with a punch hole cutout. The selfie cam opening appears smaller than on the preceding Camon 17 series.

There’s a large power button on the right-hand side. The images we obtained show out the device in light and dark blue colors though we expect to see more colorways once it goes official. 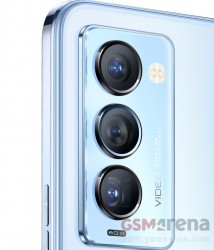 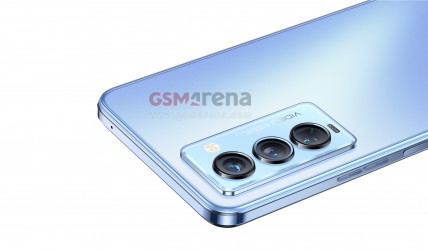 Moving around the back we see a triple camera system with 16-135mm equivalent lenses and f/1.6-3.5 apertures. The camera island also advertises a hybrid 60x zoom which is expected to offer image stabilization. We don’t have the actual camera sensors info here but we’ll hopefully learn more about them and the rest of the spec sheet of the Camon 18 soon.